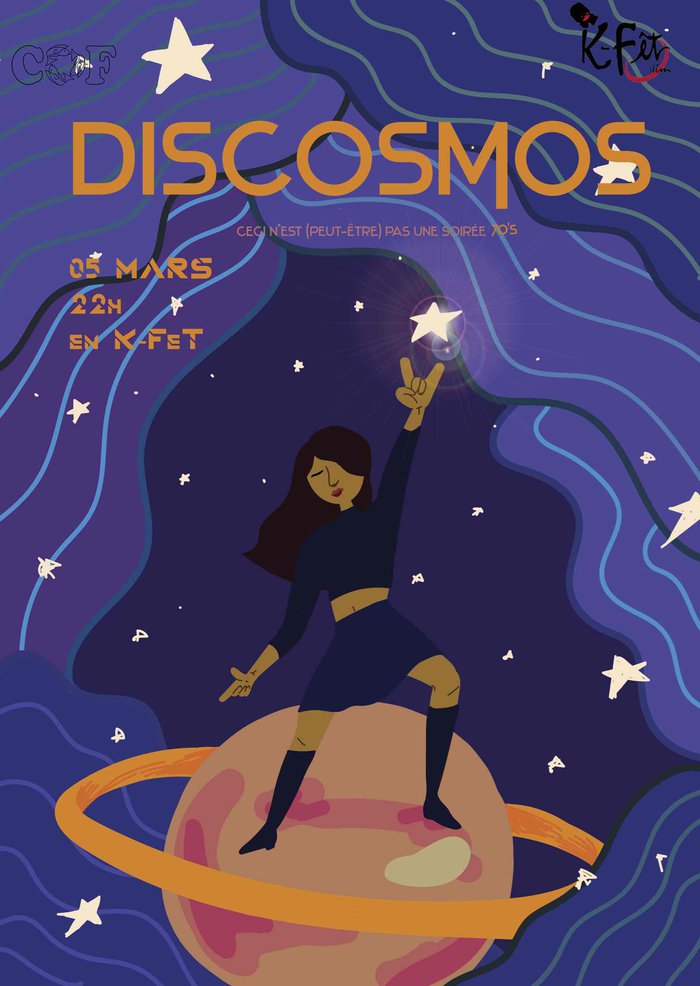 The COF invite you to its next party that will take place on Thursday, March 5, in the K-Fêt : DISCOSMOS. What is planned is far from an almost endless voyage through galaxies and the vacuum of space, or a winter dive at absolute zero into this bottomless lake. In fact, it will be more like an ephemeral but blazing « BANG », organized to celebrate in an explosive way the diversity of our common universe.

Everyone is invited : planets that come to spin and satellites that come along, stars that come to shine, binary stars coming to share a moment together, comets that come and go periodically, asteroids ending there unexpectedly, rings always around there, as well as shooting stars lightening everything up but a moment.
So come out of your turne to join all kinds of celestial bodies that will gather starting from 10pm in the K-Fêt !

The telesCOF, eager that clear skies allow for a DISCOSMOS to happen